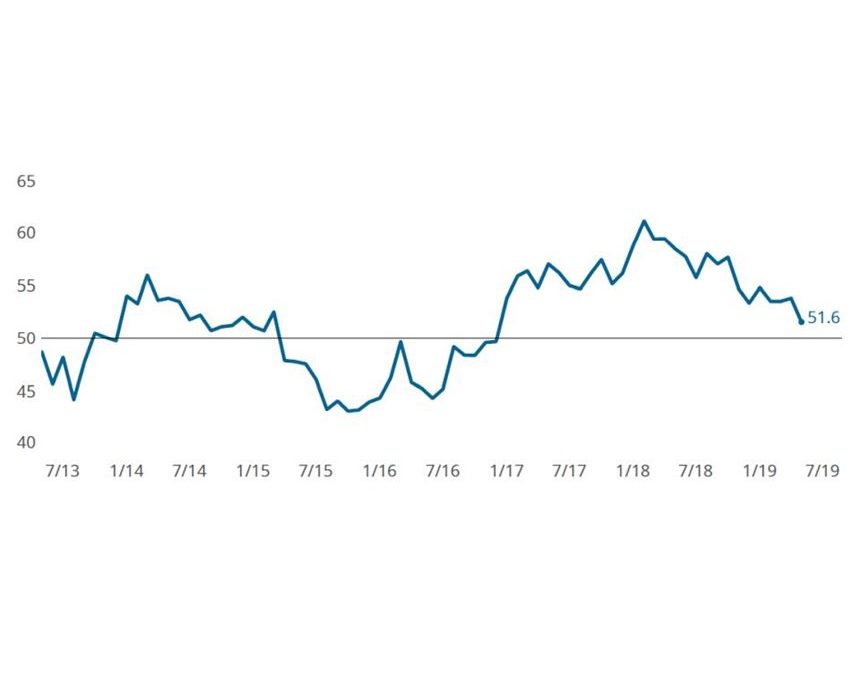 According to the Gardner Business Index (GBI): Metalworking registered 51.6, marking growth, but at its slowest rate of expansion since 2017. Index readings above 50 indicate expanding business activity while a value of 50 indicates no change and a reading below 50 indicates contracting business activity. Prior to May, readings in the year-to-date period moved in a narrow range, averaging 53.4. Gardner Intelligence’s review of the underlying index components observed that the Index (calculated as an average of its components) was supported by expanding activity in supplier deliveries, production, employment, and new orders. Exports and backlogs lowered the Index.

According to data provided by respondents to the Business Index Metalworking survey, all six of the Index’s business activity components have trended lower over the last six months. Among them, the backlogs component has contracted the most, falling 32% from its February 2018 peak. For perspective, new orders and production readings have decreased by 23.7% and 19.0%, respectively. During the initial market downturns of 2012 and 2015, backlogs began contracting consistently faster than exports. By comparison, in the year-to-date period, backlogs have contracted faster than exports in two of the last five months, and both components have reported readings at or below 50 in four of the last five months.